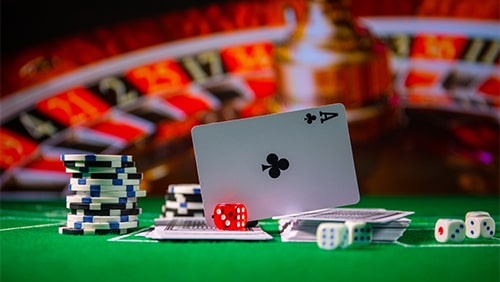 The latest Super MILLION$ final table promises some terrific action, featuring as it does some of the best poker players on the planet.

The action will kick off with New Zealand’s David Yan in the lead, sitting as he does with 5.3 million chips, a good chunk more than his closest challengers Yuri Dzivielvski (3 million) and Niklas Astedt (2.6 million). Of those two, it is perhaps the Swede Astedt who will fancy their chances more than anyone, desperate to seal the deal having accumulated almost $2 million in winnings in the tournament series but never having closed one out to take the outright win.

Elsewhere, there are some superstars of the game who are taking their places lined up behind the leaders in pursuit of poker profit. Canadian poker legend Sam Greenwood comes into the final a little short-stack with 1.9 million chips, but he’s immediately followed by another luminary of the game in Mikita Badziakowski. The Belarussian only has 1.4 million but will be doing everything he can to get over the line. The final table betting prices are slightly different to the order in which the players find themselves in the chipcounts: 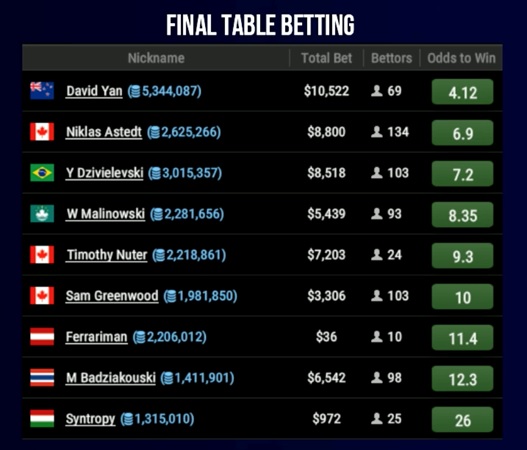 As you can see, David Yan has enjoyed the most money being places on him and goes into play as the 4.12 odds favourite. He may have the most money placed on him, but almost double the number of bettors rate the Swedish pro Astedt as a good shot to see out the win for the first time. Sam Greenwood is tempting plenty of punters at odds of 10 and 103 people have invested in the Canadian to upset the chipcounts.

Watch the GGPoker Super MILLION$ final as it plays out or catch up if you miss it live by heading right here: