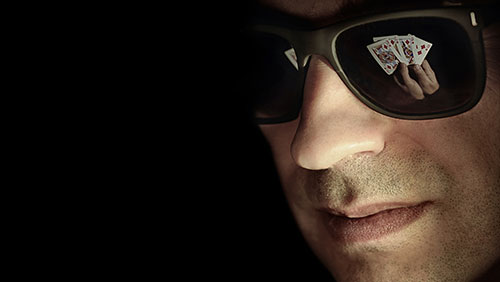 During a global pandemic, it might have been assumed that poker would go the way of live music festivals, with the much-photographed mass gatherings of poker tournaments being such a draw to new and aspirational poker players.

Poker, however, has shown its hand during the current COVID-19 crisis and it’s a pairing of resilience and poker, hole cards showing strength and character. Online poker has thrived, poker has pivoted to accommodate those new players and the industry has more than survived.

Perhaps the hand that poker itself has shown is pocket kings, but every cowboy has to ride into the sunset one day and that day has arrived for the Poker page on the CalvinAyre.com website.

It is said that all great poker players have an exit strategy, and that theory should hold for all those who bring the game to fans and players, too. Calvin Ayre has been at the personal and professional forefront of poker coverage for many years.

For so long, CalvinAyre.com has been a beacon in the poker reporting landscape but as the outgoing incumbent of this position of privilege, I haven’t been at the centre of this role for so long as to claim anywhere near all the credit.

A huge thanks for his outstanding reporting on this site should go to Lee Davy, who for many years, brought poker to life on Calvin Ayre. I personally owe a huge debt of gratitude to Lee for the efforts he made in not only making me feel so well prepared to take up the mantle when he moved on to pastures new, but in establishing the Calvin Ayre brand so well for so many years within the poker world.

Ours is a niche industry, but it is a wonderful and welcoming one, and Calvin Ayre has been a huge part of the poker industry in my time, too. The name has opened doors, helped me speak to some of the biggest and best poker players from around the globe. Recent articles have been just important in bringing you, poker fans, the latest news, features that cut to the heart, diamond, spade and club of each issue and hopefully, entertaining you. While to some, the future of online poker is the most vital discussion point, others would like to know what it takes to quit their job and become a professional player.

There have been many uplifting elements to writing about poker through a global pandemic, as odd as those words must feel to read and certainly are to write. From inspirational quotes to motivate players who are just joining or continue to love the game to what could help players turn pro as an alternative to more difficult careers to sustain (they do exist!), it has genuinely been a job I have treasured and I hope you have enjoyed the content that I and the incredible Calvin Ayre content team have been able to bring you during the past 18 months or so.

Bringing you series of articles such as Poker on Screen and Poker in Print has been a massive source of pride for myself and the team and I even got the chance to discuss poker in the movies and on television on the recent episode of the award-winning podcast, The Chip Race.

As ever, I am indebted to too many people to mention, but Derek, Bill, Jasmine and every one of the Calvin Ayre team, as well as Calvin himself of course, have all shown a lot of faith in me to carry the torch and I hope I’ve done them all credit.

Finally, I really want to thank you, the reader who has kept coming back to find out what else I’m writing about each day, week, month and year. It is you to whom I write, constant reader, and if you’ve enjoyed what you’ve read, then feel free to follow me on Twitter, where a new destination will shortly be announced.

I’m as excited about my own future as the future of poker itself and while I’m changing seats, I’ll be staying at the table.

I’ve got chips in the game after all.